How did the bread in the 30s (and in the same way you can do today!)

My grandmother, who was born in 1926, lived in a farmhouse in central Tuscany. Family were on average 19-20 classical self-sufficiency for the people and the rural world of those years, worked the farm and lived almost all of the products obtained from the earth. She loves to tell when he was young and I have trouble making involve many questions about her world at that time.

Taking a cue from the fact that I recently attended a wonderful bakery where I learned the fascinating magic of sourdough, I asked my grandmother how she made the bread as a young. I was not too surprised that the process of baking, which she has described is very similar to what I learned and I apply it to make bread even now.

So here is her grandmother, who tells me " We made bread once a week and worked 20- 25 loaves for about 1 kg and a half each. At home we were so many and the bread was the staple food that accompanied the other dishes and had to satisfy other when there was little.

We used the yeast, which was also produced at home. The procedure was this: you put the mother in the bathroom the day before making bread, and we called this act "put the leaven".

The days of putting a good amount of baking flour in the cupboard (n.d.r. the wood cabinet used for this purpose) and made a hole in the middle. He kneaded the flour with the mother and warm water and let the dough to rest (by the fire, If it was winter) a couple of hours until doubled. We resumed the dough, flattening on the board and then we did the forms of bread. The forms were, then, laid on a long table covered with a cloth dipped in flour: the cloth was folded so that between one form and the other remained of the fabric to separate the forms. 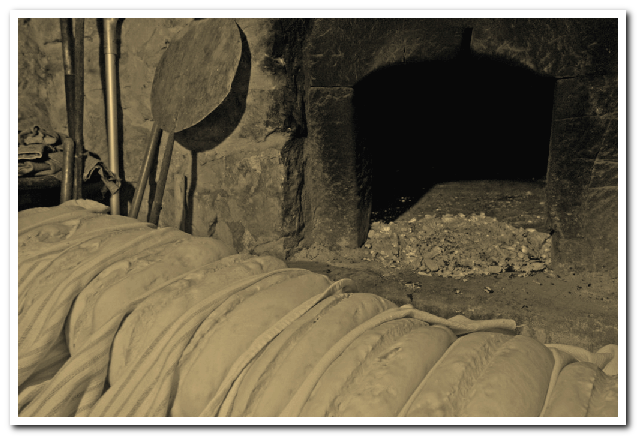 Above was put another towel and it was very cold even on the cover of wool. It was left to rise for a variable time depending on outside temperature and a little 'also depended on the woman who kneaded. For some of my aunts did not ever fermented, while other women of the house was rising fast ... .. As soon as the dough was leavened swollen and sweeping the wood oven, warmed it well and was expected to return to the useful temperature. They bake the bread, and expected them to be golden. "

The bread was almost always made with wheat flour, but sometimes my grandmother would say, that put a little 'corn flour. For special occasions (rare, he said) you put raisins in the bread or "frizzoli" (balls of lard).

The bread was kept in the cupboard and, in estate, in the basement.

In honor of this beautiful story of my grandmother today, I also made my first sourdough bread with , here it is 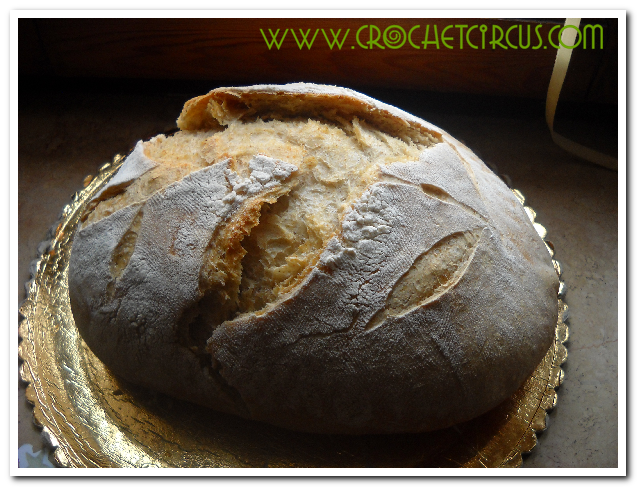 The satisfaction that gives it with his own hands is worth a story in the……..sent him back to the next post. 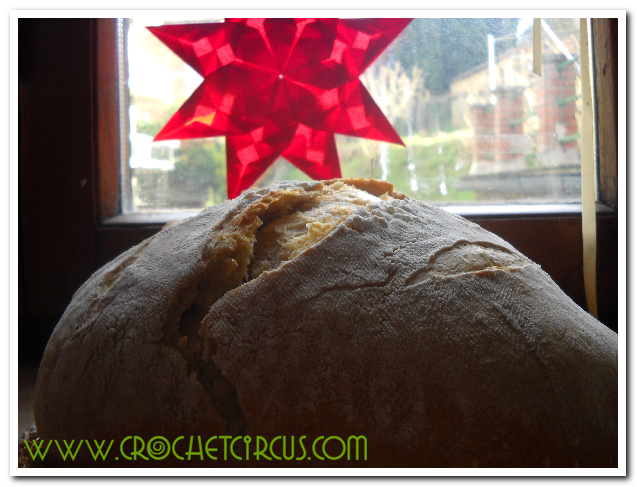 For the photo (revised) which evokes the 30s thank the Archives Photo Province. Rimini