Ancient crafts: carding of the wool 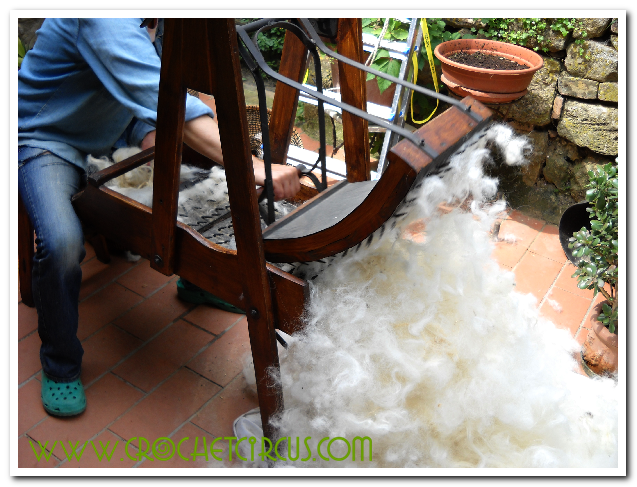 It all started when I met Joan. Joan is special, and even its history is of particular: She has been hosted at the home of my friend Silvia few years ago, when he needed treatment and subsequently remained part of the petting zoo of farm. Jeanne has a sheep, a sheep that lives in the fence around the house and has become almost a household pet. 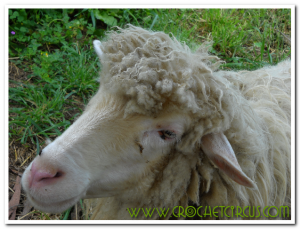 The My craving for crochet and ancient crafts Joan immediately made me nice and interesting. Silvia, then, had the (s)chance to indulge my interest and we find, in a beautiful May morning, to use his day off from work to sit in the sun, with children around, carding the wool of Joan. 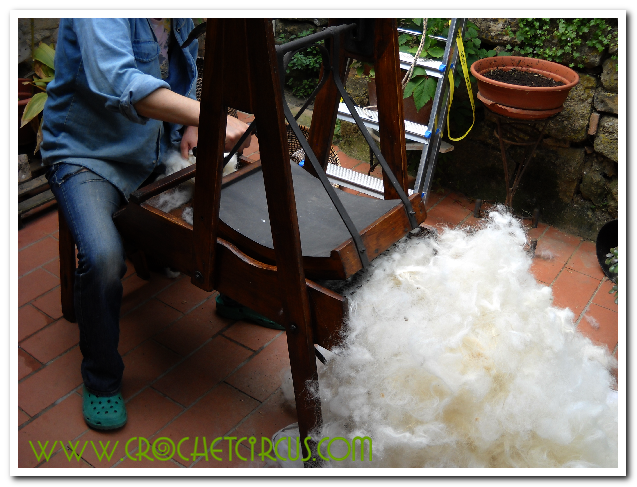 A friend of Silvia Sardinia had already done shear the sheep and wool was,then, wash well a couple of times and collected in a handsome basket, ready for us. Silvia has pulled out his carder who had recently recovered from a shop in anitichità and who had restored, hoping, sooner or later, to use.

A po’ of wool at a time is placed between the large needles and, swinging the swinging, is stretched very well. The operation requires a fairly strong, that allows the staple to be pulled tight and well cleaned by impurities (yet despite the double flushing). 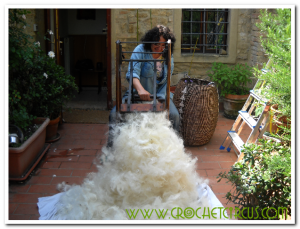 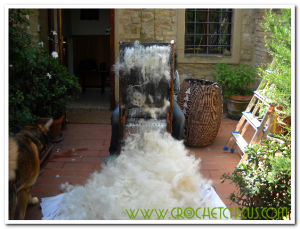 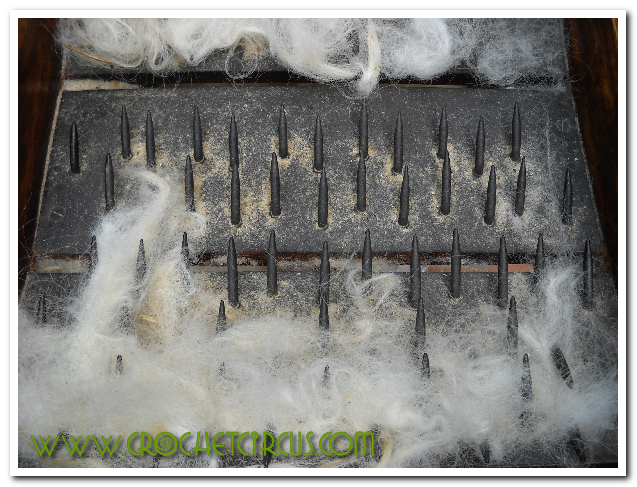 The operation of carding requires time and patience and, like many of the ancient crafts of the countryside, is very meditative. You put yourself there, get some’ woolen, the tiri, oscillates the rocker, repeat and repeat the same movements ……

At the end of a staple dense and compact leaves in the hands, to wipe, a sensation of greasiness (is lanolin, substance naturally contained in the fleece of the sheep), you get a staple clean, light and soft. 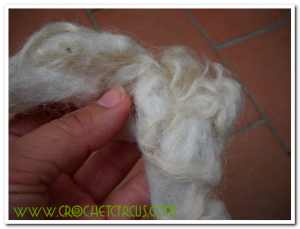 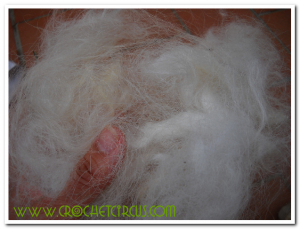 The carding involves more than one pass of the wool, because every time he passes it, adjusting the carder with the needles upper and lower closer,the staple becomes softer. 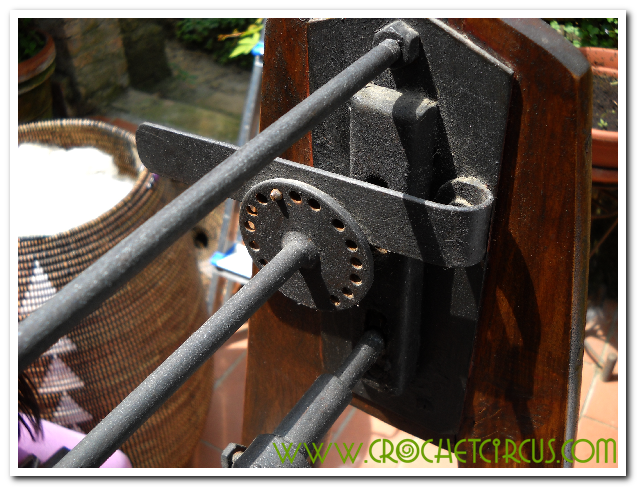 Obviously, one such activity could not fail to fascinate children and they also wanted to try carding, dedicating a good half hour to tilt needles and admiring the mountain of flakes that gradually grew. The maximum, then, was put in the hands soft and white wool obtained. 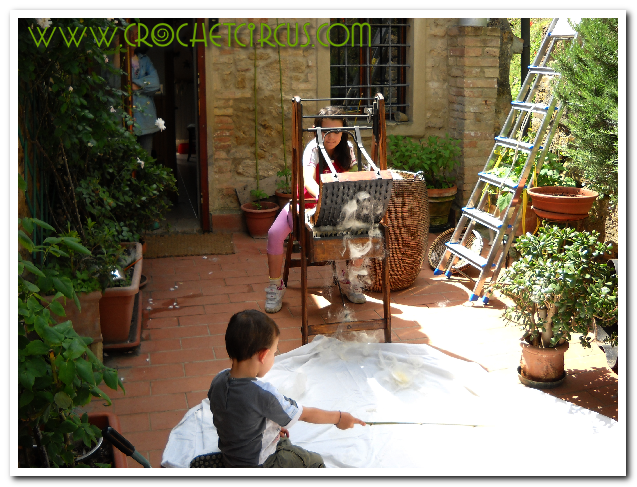 The charm of carding, however, was not only felt by children: by me was great to see old Silvia perform gestures that are not seen, immerse myself in the old world that could touch the origin of his goods. From Sheep to Sweater, with all that this entailed long passages.

The future memory, hope that children and adults are able to see it and understand how it worked carding, I decided to put the video, which achieves, by me, the stories of my grandmother. 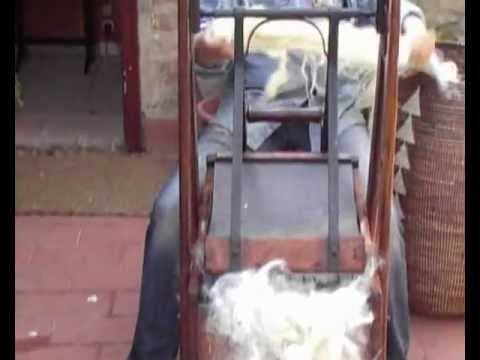 And want to keep doing this spell……..carded the wool just now going to take my own grandmother, that a few months ago I said “You know that, after many years, I want to try to spin…..”. Another of the ancient crafts of the countryside than once: spinning. Will, for sure, subject of an upcoming post.

On the sidelines: Thank you so much Silvia for giving me a beautiful magic of the past!!

12 Responses to Ancient crafts: carding of the wool