Urban knitting per Brienno: the tree of hope.

The 7 July ended the firm of Urban Knitting for Brienno….a country in pieces.

It was described in This Post Elected to the initiative taken by the situation because they were not forgotten the little village on Lake Como Brienno, hit by a landslide.

The result was amazing. Voted to have come thousands of pieces that she, together with a group of friends and volunteers, has exhibited around the country to give a spectacular effect. 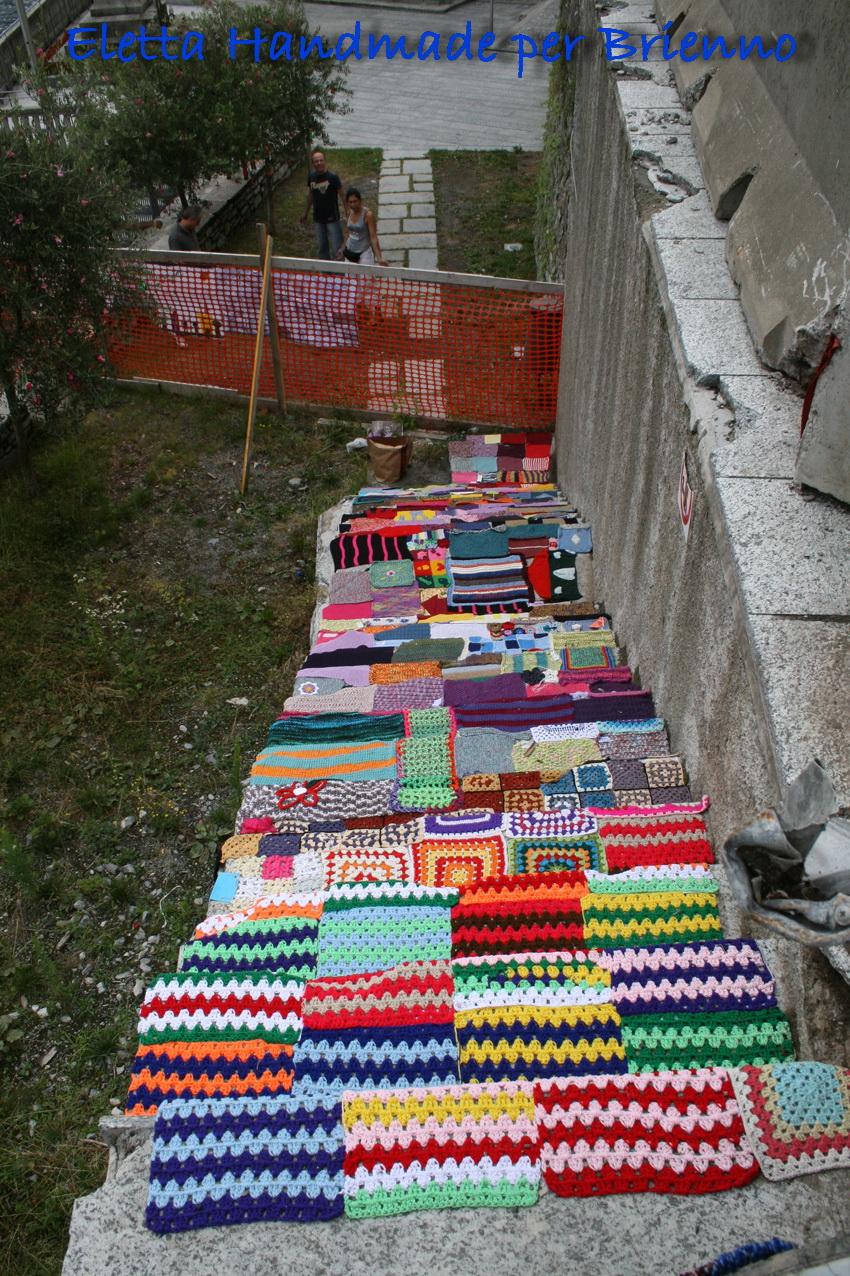 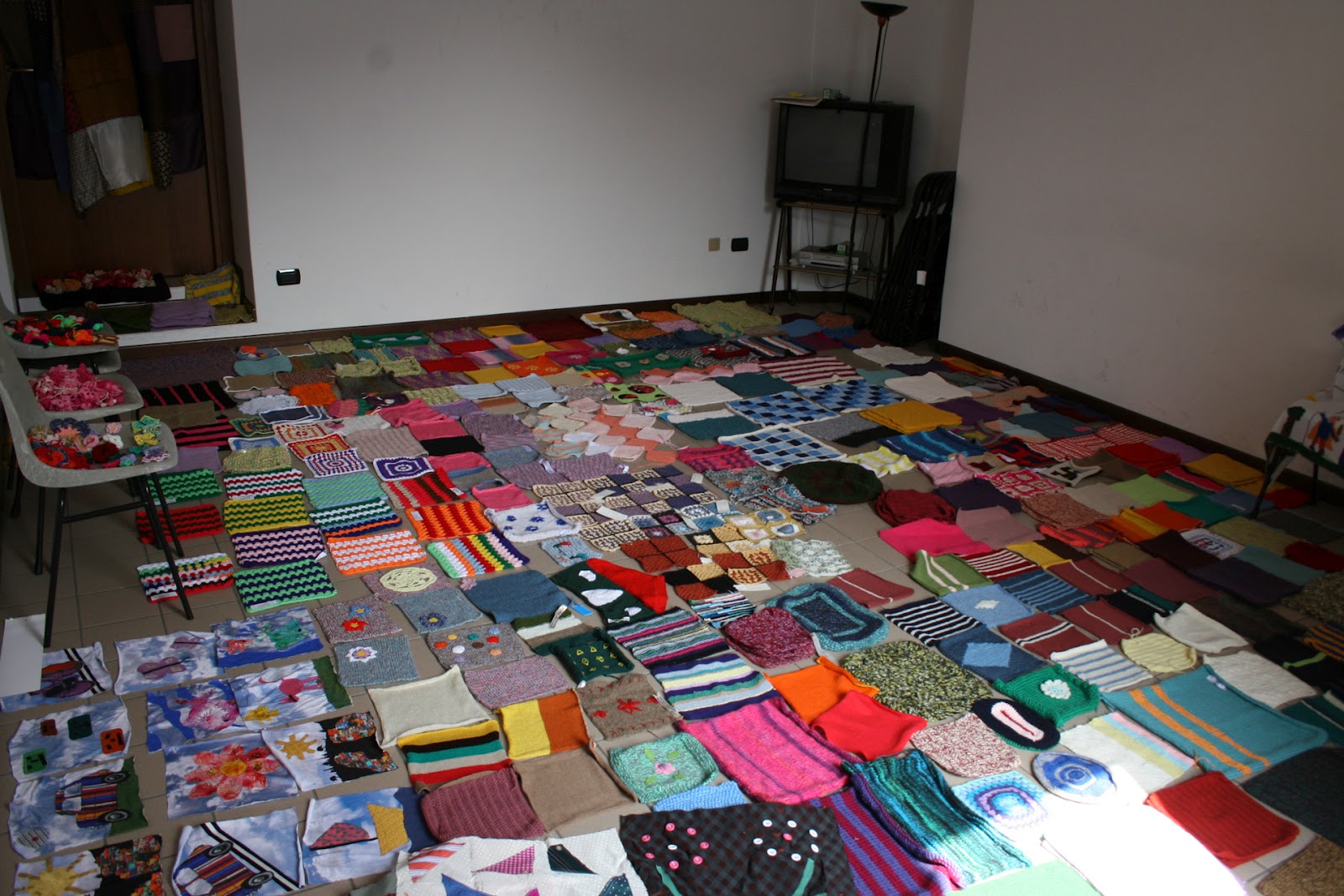 What happened in those days and the great job you did well describes the Elected in his blog.

I just want to bring photos of one of magic arising due to Social Crochet, that the working group shared crochet (of which find, sooner or later, the manner and time to talk in depth…..). The participants at the Social Crochet sent a series of pieces that have given rise to the tree of hope for Brienno.

Look what a beautiful result: 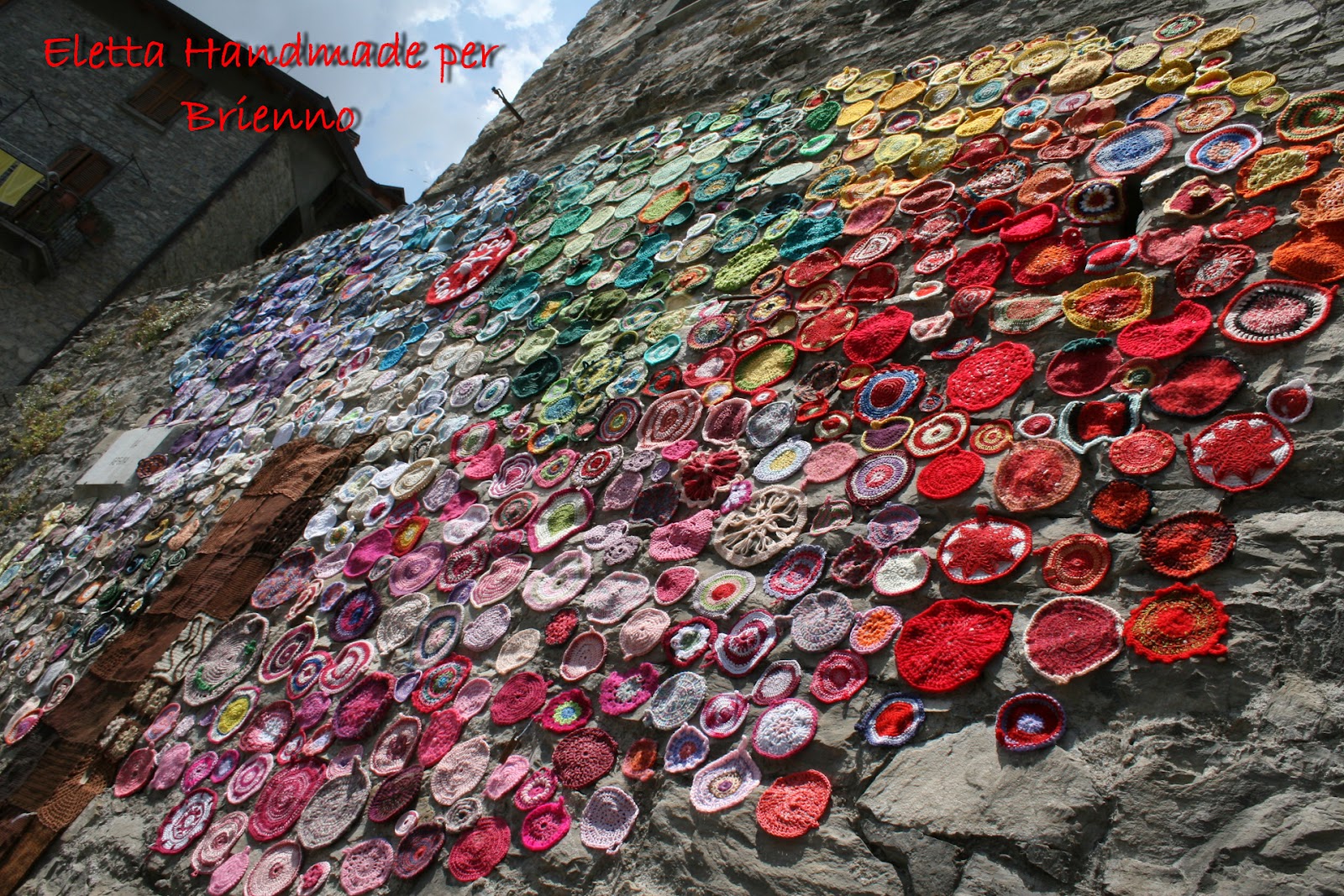 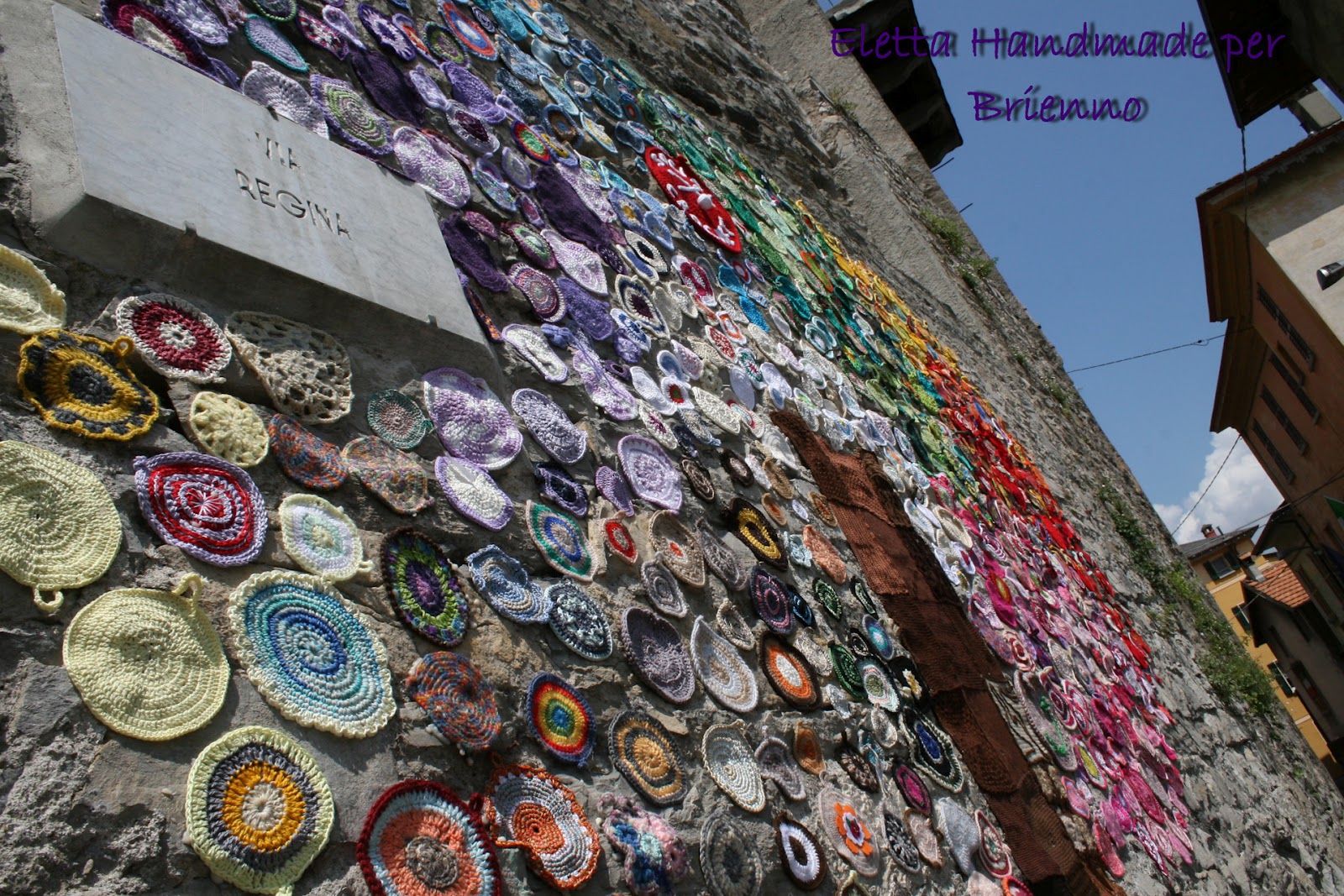 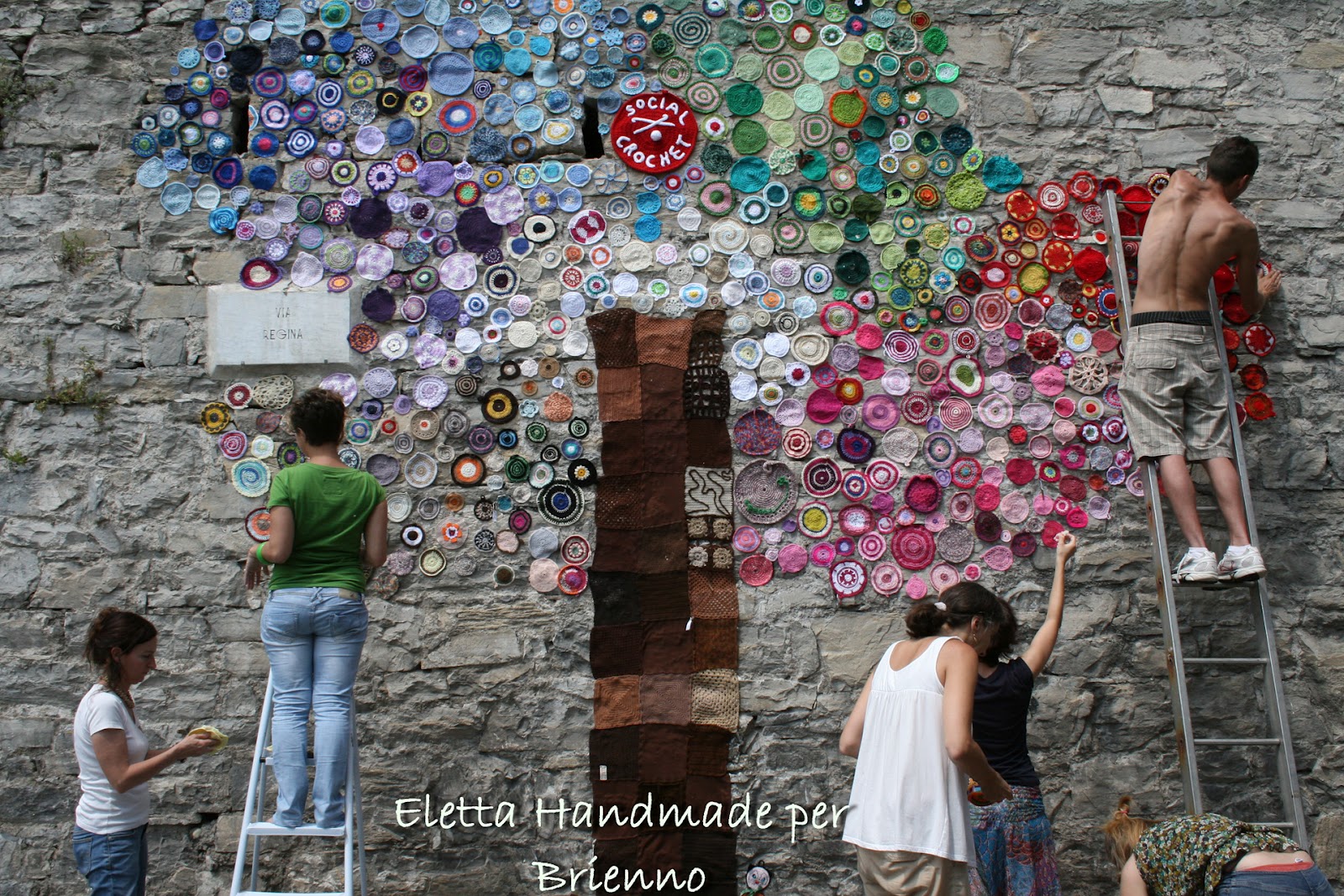 Obviously I have sent my patches, both the trunk and for the beautiful colored foliage: guess what???? Not, not, I will not tell….