The hyperbolic crochet: the fundamental role of crochet in a scientific discovery. 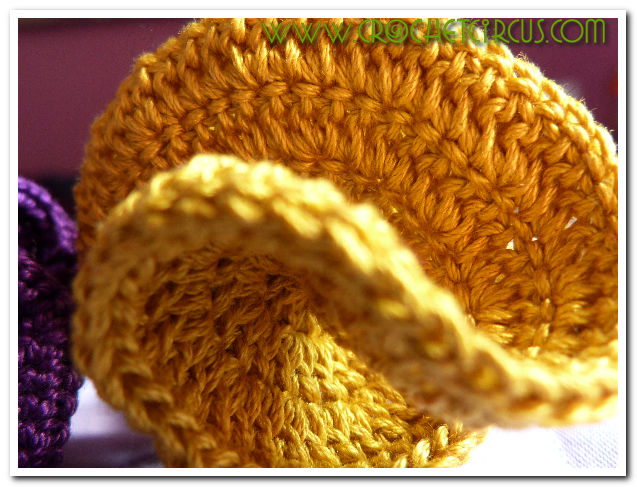 What I'm about to write is a fascinating story that connects the hook to the scientific world and in particular to mathematics. I never thought that my scientific studies of high school could bind to my passion for crochet. And here, instead, I met, on the network, the experience of Daina Taimina, a mathematics scholar Lithuanian, with its models crocheted, has succeeded to explain to his students the difficult concept of the hyperbolic plane, making it a reality with a model in three dimensions.

) how she came to use the crochet hook to make his model of the hyperbolic plane.

To understand his reasoning and scope of his work is useful to a small introduction about Hyperbolic Geometry.

We define, Meanwhile, the concept of zero curvature, positive or negative of a surface.

(There is help in the Prof.. Lazzarini, who in his very useful blog gives us a very intuitive explanation, below that carry the entire).

The idea is to “crush” the surface on the floor. When we try to “flatten” a curved surface are given three options:

Rieman in 1854 gives this definition:"Hyperbolic geometry can be considered the intrinsic geometry of a surface with curvature constantly negative that extends indefinitely in all directions". This assumption is based on all the research mathematicians who over the years have dedicated themselves to find the complete hyperbolic surface. In fact, while you can find examples in nature of surfaces constantly negative 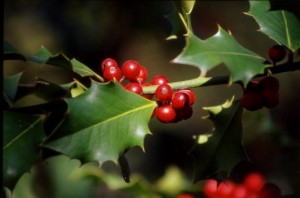 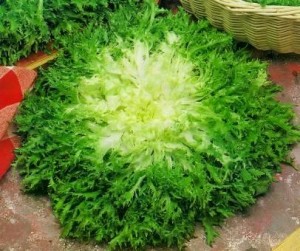 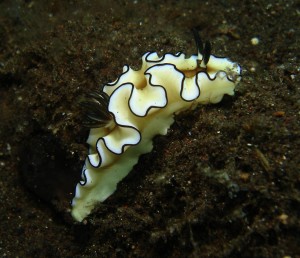 Such surfaces, unfortunately, not have the characteristic of stretch to infinity. The mathematicians for a long time, therefore, asserted, that it was not possible to obtain three-dimensional Euclidean space, a total area of ​​a hyperbolic plane (a surface with constant negative curvature extended indefinitely).

In 1954 Kuiper (a German mathematician) suggested that such a surface could exist, but did not explain how you could build. Fu William Thurston nel 1970 to have the idea of ​​using strips of paper (definite “anuli”) to describe a hyperbolic plane in three dimensional space. 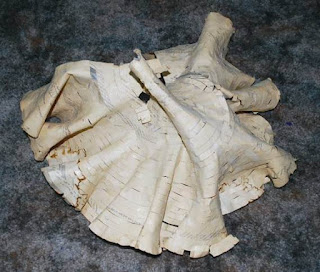 Taimina, in his book explains how to make the paper model with "anuli" , as described in the above picture.

From paper model Daina was inspired to create his model or crocheted; studying the anuli paper, in fact, she realized that, working so as to increase the number of meshes in a constant way from line to line, and following a definite proportionality, was obtained in the form of a hyperbolic plane model or crocheted.

The concept is simple and revolutionary at the same time, because through the use of a technique housewife and within everyone's reach, how to crochet, you can create a three-dimensional model which was considered by scholars impossible.

Whoever can use the hook can be home a hyperbolic object. I found explanations in English here, in a pdf downloadable, but equally useful is the Italian translation of points used described in this post my friend Cosmosicula (I thank him for the inspiration of this wonderful topic that is the hyperbolic crochet). 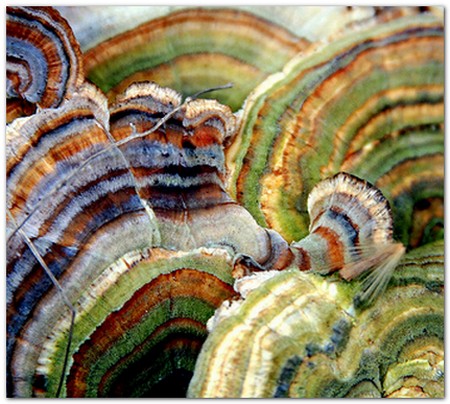 Ovviamentemi I ventured execution crochet some of these forms and I got these results: 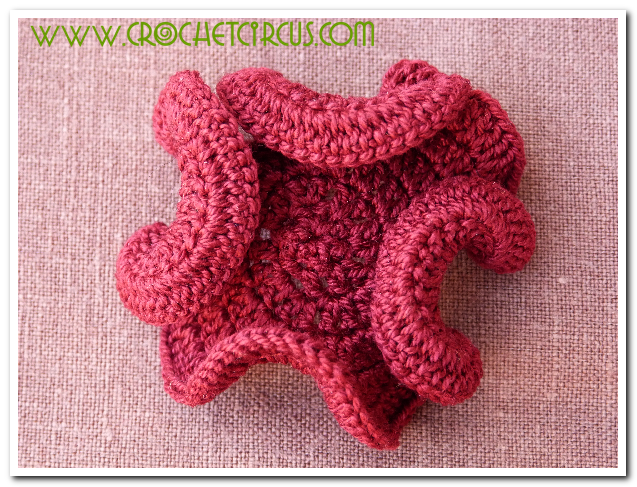 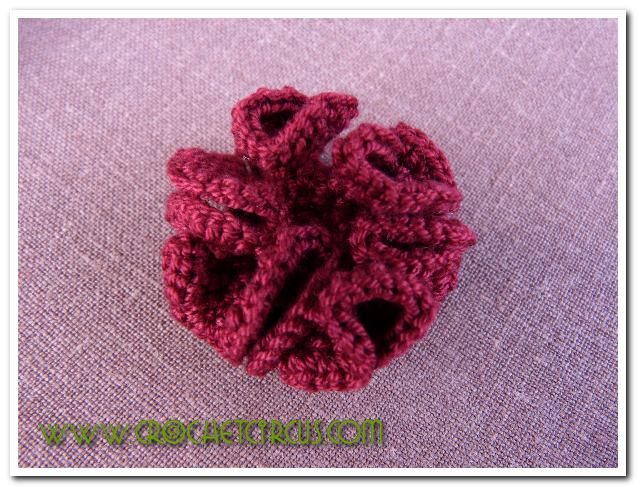 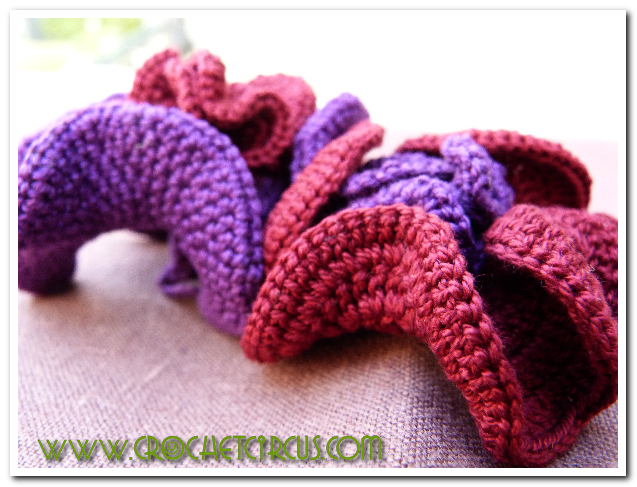 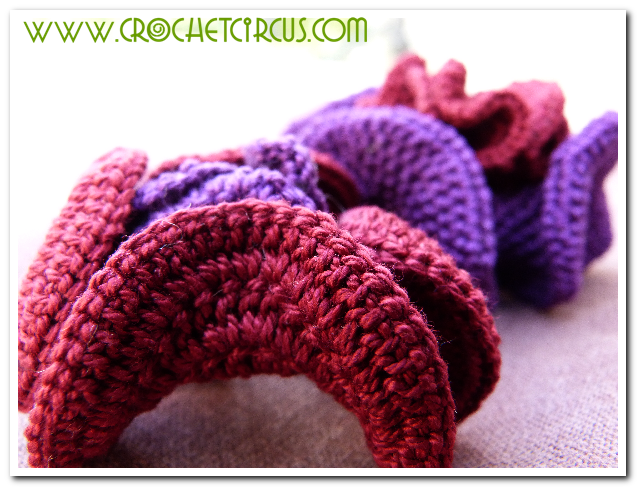 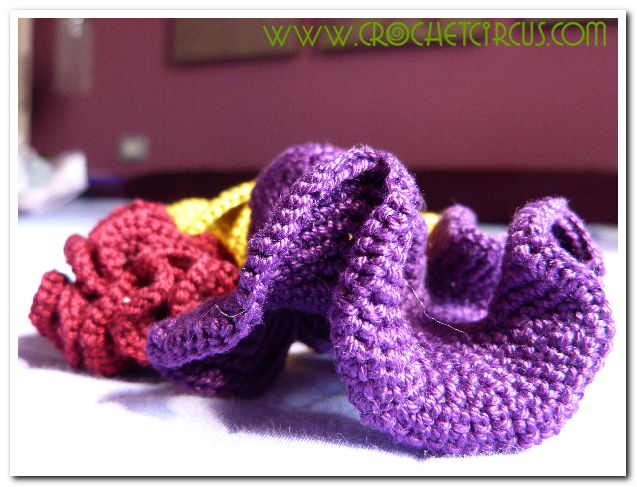 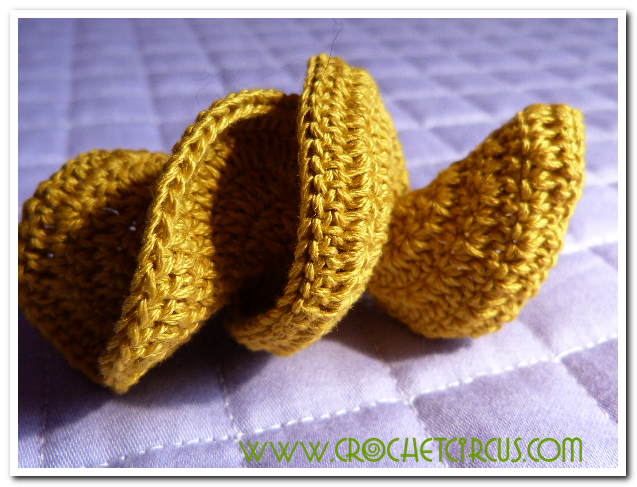 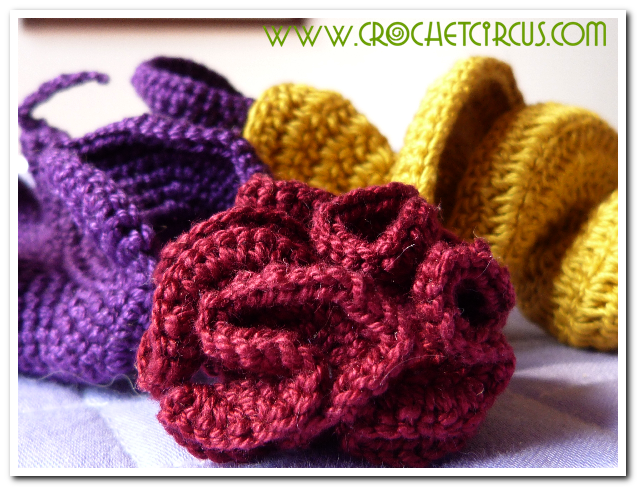 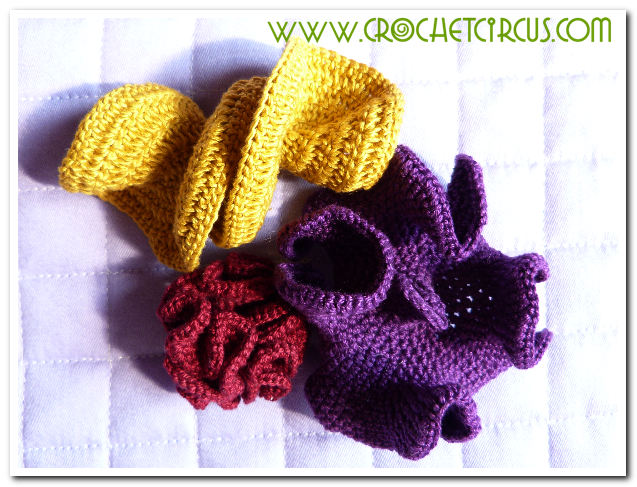 In the book of Daina there are a lot of images and you'll find many ideas about the nature of a hyperbolic plane that can be verified through the crochet patterns; I'm going to write more posts on this topic I find so fascinating.

In addition, in a few days I'll be able to show even more of my creations with the hyperbolic crochet that, I'm sure, inspire your future work, as it has been for the Moebius strip.

Some images and information in this post are taken from: The site of Professor. Lazzarini and the site Daina Taimina

4 Responses to The hyperbolic crochet: the fundamental role of crochet in a scientific discovery.